If you’re a fan of Gnome Shell, and you use it in place of Unity on Ubuntu – you might find that when you update to the latest Ubuntu LTS, your control centre informs you that you are on the previous version.

This puzzled me – so I had a quick poke around to find out if my update had failed, and I really was still on the old version. – It turns out the upgrade worked fine 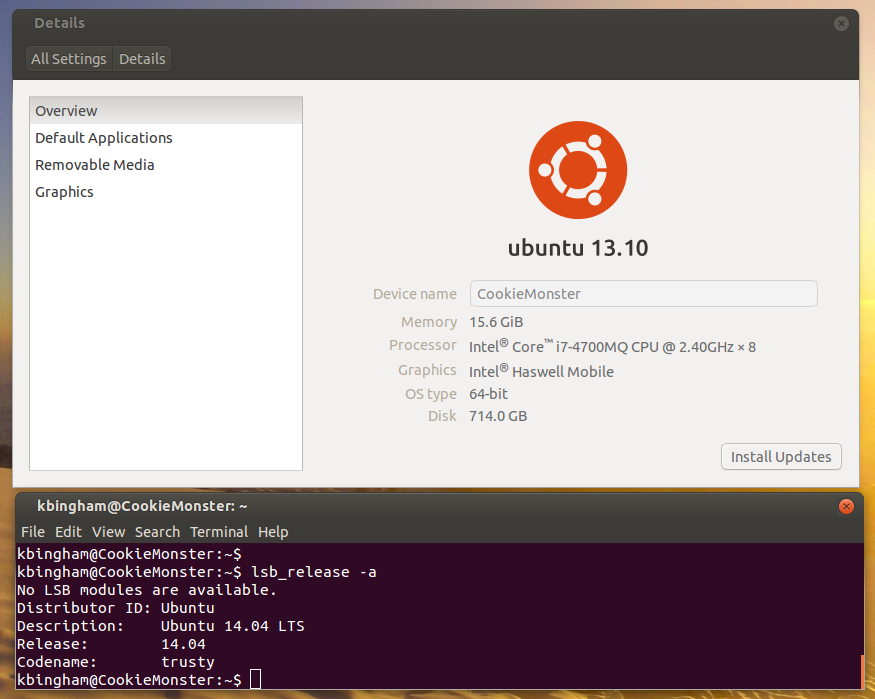 There’s a bug open for this on Launch pad so I’m sure this will be looked into, but my analysis is that there are two clones of the control centre in Ubuntu 14.04 with Gnome Shell.

A linux and open source software engineer
View all posts by Kieran Bingham →
This entry was posted in Uncategorized. Bookmark the permalink.